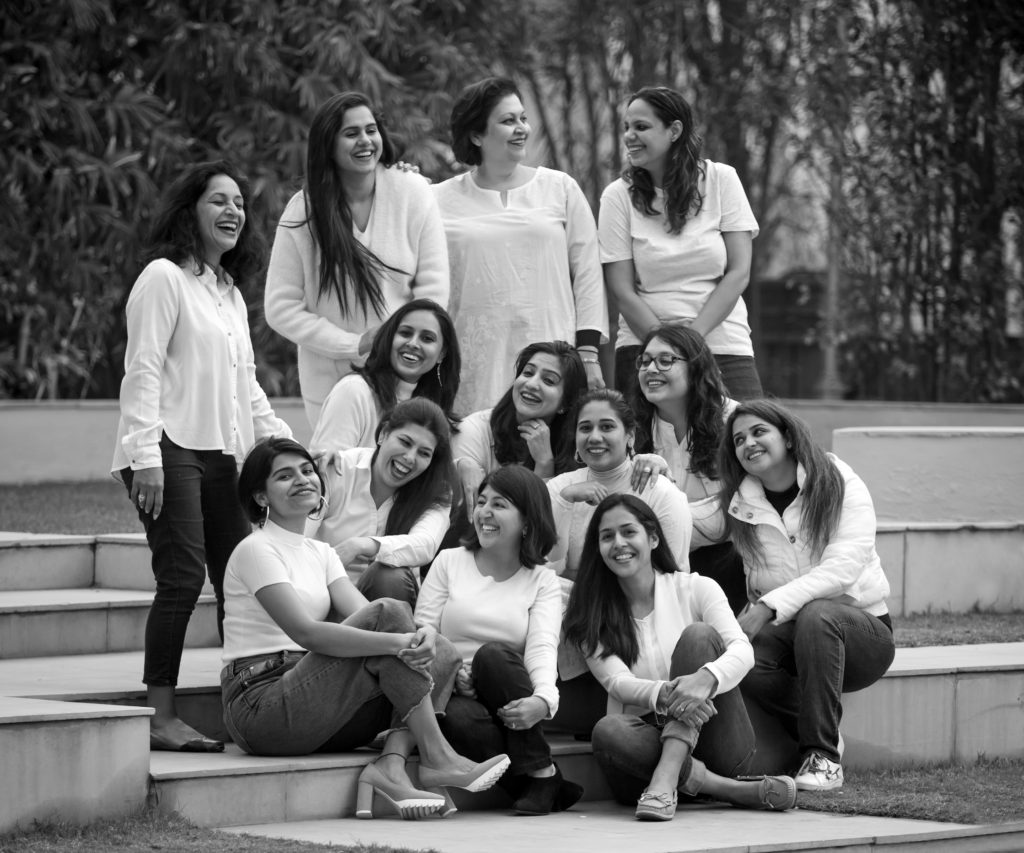 “If you want to bring a fundamental change in people’s belief and behavior…you need to create a community around them, where those new beliefs can be practiced and expressed and nurtured.”
― Malcolm Gladwell

Nip, tuck, smoothen, shaven, lighten, whiten, wax, thread – there’s an endless list of “beauty” To Dos on every woman’s list. It doesn’t matter whether she runs a billion-dollar company or a family of four, the pressure to look the part is seeped right into our bones. Straight hair for working women to look more “professional” and long hair for the ones who want a nice husband! The stereotypes are so ingrained that we don’t even realize anymore when we are abiding to them – both men and women.

While “bias” is a word that is thrown around quite often, one of the things we learn in mindfulness is to understand where this bias comes from. To not just look at it and demand action but deconstruct it and demand answers first. Why do you think dress code affects a girl’s professionalism? Why are high heels a sign of power? Why do short skirts equal easy access? Why does a ring on the finger mean maternity leaves? Why is a “love handle” so mishandled?

When we start questioning our assumptions of the world, we often hit tender spots in our own mental state. The unquestioned beliefs and ideologies that we hold sacrosanct and inviolable. Why? Why does the brain fixate on looking at things a certain way, despite opposing views and opinions making a valid case? There are many beautiful stories out there, which hit bias right in the eye and demand action. But I want to write about something closer home – our own minds and how they mislead us.

Having worked in the corporate world, I have seen bias affect people’s judgement many times. Not just with women, but in all sorts of scenarios. Be it “all millennials are entitled” or “emotional people can’t make wise decisions”. And as someone who has worked with mindfulness for over a decade, I realize that these auto-tune responses of our brains come from the need to make sense of the world. There is so much data thrown at our mind all the time, that it succumbs to “mental shortcuts”, which present themselves as assumptions.

We take black as black and don’t question the colour every time we are confronted with it. That’s our brain working at its most efficient. But the same function is also what leads many to think “bold or shameless” every time a girl walks by in a short dress. We don’t question – why does that image provoke this response?

If you want to understand how important it is to question your beliefs – look at a child who plays with boxes over the toy you just brought her, or just look back at the financial crisis of 2008! Conventional wisdom often misleads us into making the wrong decisions. If we don’t question these generally accepted ideas, we teach the same “wisdom” to our daughters.

We teach them to care way too much about how they look, and what it means to be “feminine” and “womanly”. We unknowingly teach them that women are delicate. We define their lives, through our own limited ideas of gender roles and dynamics.

So, maybe we can’t change every bias directed towards women. Maybe we can’t make every misogynist or misled man or woman ask themselves the right questions. But we can teach our daughters to challenge the assumptions, not just the ones presented to them but the ones they hold for themselves.

This Woman’s Day, I think we need to look around us – and reach out to a woman. Someone who needs to be told to question her own assumptions and biases about herself first. And then stand up to the world.

Let no woman look into the mirror and ask ‘What’s my tag?’